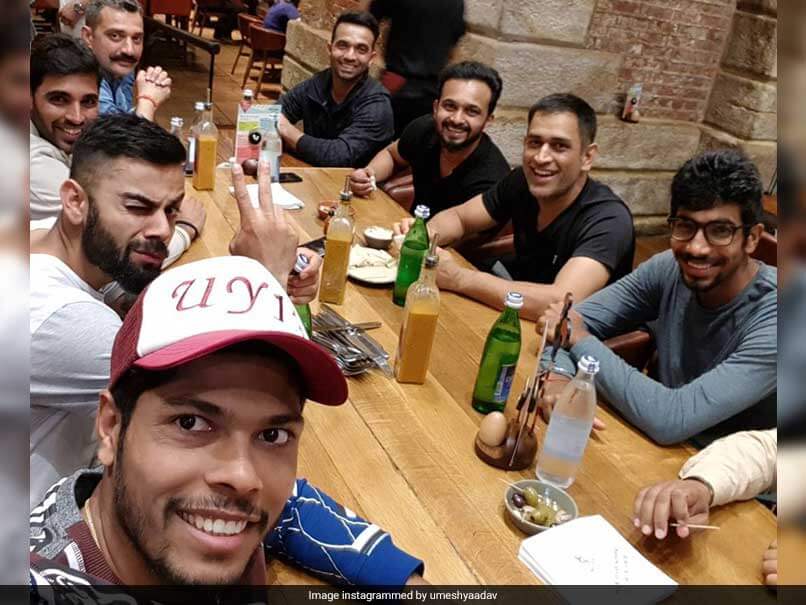 After a win in  ICC Champions Trophy warm up

The guys are looking relaxed after a quiet win over New Zealand in the first warmup march in Champions trophy 2017. Wrapping up the New Zealand innings for 189 in 39 overs was a good beginning. Shami went for 10 runs in his first over, giving the impression that Indians could not depend on him in this championship. But the tables soon turned when he took three wickets. Other bowlers chipped in to get rid of New Zealand team for a small score. Bringing Hardik to bowl in the beginning overs was a surprise, but this is the time to experiment. For the record, Hardik seemed to be lost in this outing. Will Hardik be included in the playing eleven for the actual matches? Hard to say at this juncture. 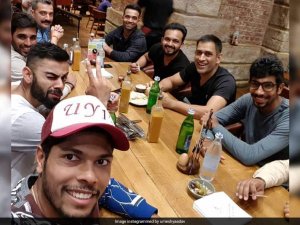 Spinners had a happy outing

The spinners, especially Jadeja seemed to be in good nick. Dhoni behind the stumps is still lightning fast, despite his age.  The performance of spinners in the middle overs will be the key to India’s success.

Rahane disappointed as an opener and it’s unlikely that he will find a place in the Indian eleven now that Rohit Sharma has arrived in England.  Rahane slashed and jumped at every ball during his short stay at the crease. Sunil Gavaskar, commented that the Indian batsmen will have to change their approach if they want to be successful. These wickets are different from flat Indian pitches and the ball will swing and seam out here.

Kohli, the Captain hit a no nonsense half century before the rains played spoilsport. We were expecting the rains to stop but the English weather once again proved that it is as unpredictable as the performance of the Indian team.

The takeaway from this match: Shami has emerged as a good option and will prove to be a nice headache for the Captain while choosing the playing eleven. Rahane will probably watch the tournament from the dugout unless Rohit or Dhawan is injured. The outline of the playing eleven for the big match against Pakistan is beginning to emerge. We have one more warmup game against Bangladesh on 30 May. We will keep you updated about the latest news. Have a good Time with Cric Times. Happy cricketing.