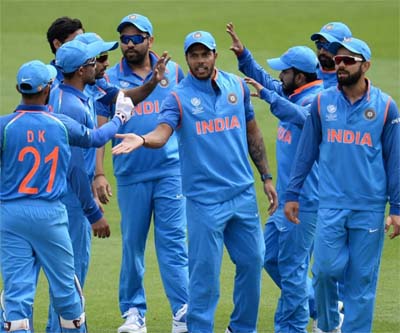 It was like witnessing a match between India and Bangladesh in the good old days – India went in and thrashed the neighbors. Bangladesh started well by taking two Indian wickets in quick succession. They soon lost the way and seemed to have forgotten that they were playing a match. Slowly the match drifted away from them and Indians piled up a huge total of 324 for 7.

Dinesh Karthik showed his prowess with the bat and was on 94 when he was called out by the captain. The onslaught by the Indians continued with Jadhav and Pandya ripping the opposition apart in a systematic fashion.

When it came for the Bangladesh to bat, we were expecting some fireworks. However, they simply folded up without showing any resistance. The Indian bowlers were just too good for them. Pacers Bhuvaneshwar and Umesh took three wickets each while Jasprit managed to bag one. Ravichandran Ashwin was also among the wickets. 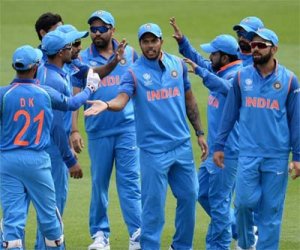 The question which everyone is asking is what shape will the Indian team take for the match with Pakistan? Yuvraj Singh has missed both the warmup matches due to fever. If he is chosen to play in the eleven against pakistan, he will be going in without match practice. On the other hand Dinesh Karthik played a solid knock of 94 today which makes him a strong contender for the match against Pakistan. Hardik Pandya  struck an unbeaten 80 runs to stake a claim for a place in the team. It’s going to be a tough call for the captain to choose the final eleven on 4th May against Pakistan.

From the bowling perspective, the players have almost chosen themselves – Bhuvneshwar Kumar, Jasprit Bumrah and  Umesh Yadav are sure to play. The spinners Ravichandran Ashwin and Ravindra Jadeja are also in. If they decide to play only one spinner, Jadeja is likely to get in. Hardik Pandya may get a look in as an all-rounder if  India feels that they need an extra bowler, which is unlikely.

Dinesh Karthik may play purely as a batsman in place of Yuvraj Singh – we will have to wait and watch.