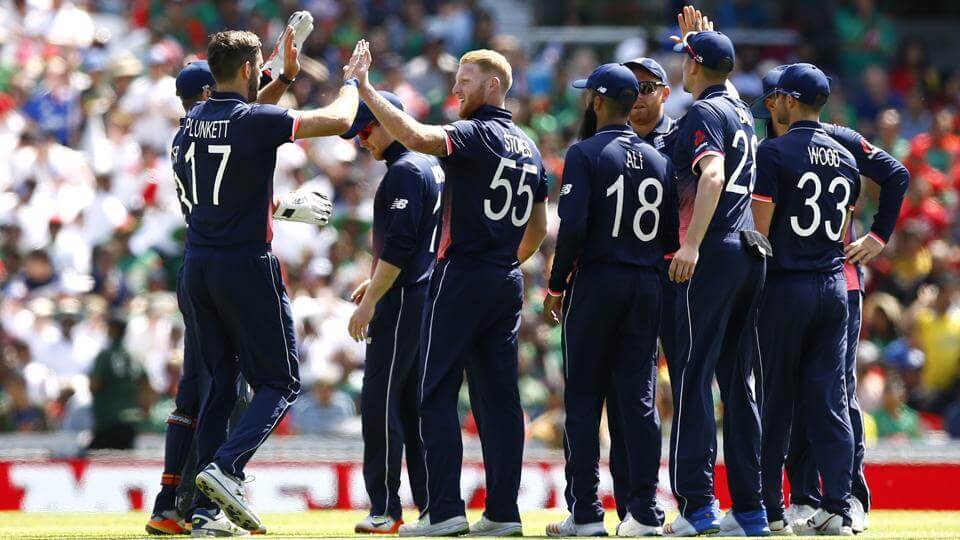 England became the first team to book their place in the Champions Trophy semi finals with a win over New Zealand. In another poor weather day in the competition, England batted fairly well, before excelling with the ball and taking care of the New Zealand team.

England came into the tournament as favourites and after struggling a little against Bangladesh, they improved and certainly put down a marker for the rest to aim at. With the bat Alex Hales and Joe Root set things up nicely for England, before Ben Stokes and Jos Buttler finished off to take them over 300. Thanks to Jos Buttler’s 61 not out from 48 balls, England reached a respectable 310 all out.

It was during the second innings where England excelled, they bowled with control and prevented New Zealand from making progress. With Kane Williamson and Ross Taylor at the crease, New Zealand looked a little dangerous but as soon as those two were dismissed, New Zealand offered little resistance. Liam Plunkett took control of the game towards the end and took four out of the last five wickets to end what was a very promising day for the bowling attack. Remember, they did all this without Chris Woakes, arguably their best seam bowler.

While England are already in the semi finals, I still expect them to go hard against Australia. They will want to win their group, which probably means they will avoid India and of course they will want a win over their rivals. With two games affected by the rain, Australia may be a little rusty but they know they have to win and it should be a great matchup between the two.