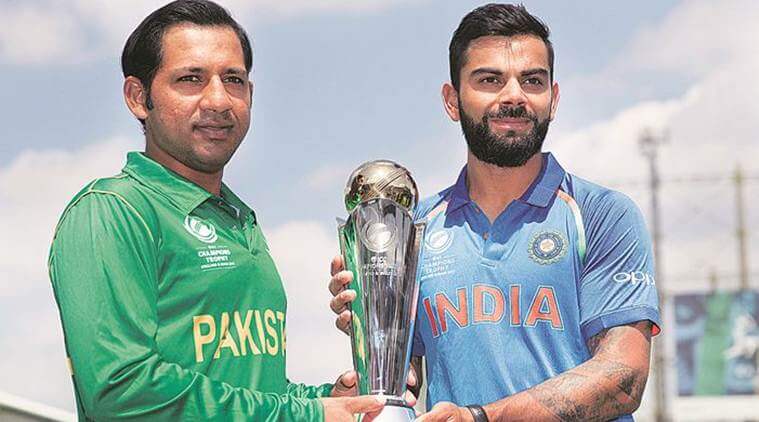 The Champions Trophy is one game away from finishing and today we have the final, between India and Pakistan. The winner of the game will win the trophy and be crowned the Champions Trophy Champions 2017 after what has been a great tournament, minus a few weather problems.

India come into the game as favourites, having played extremely well in all but one of their games so far. The bad performance was in their second game against Sri Lanka, but aside from that they have been in great form. They opened the tournament with a great win over today’s opponents, Pakistan and they will be full of confidence today because of that. They out bowled and out batted their fierce rivals in that game and the Indians will be hoping they can do the same today, they not only want to beat Pakistan, but they want to beat them well.

Pakistan have also only played one really poor game and that was against India in the opening game. Since then they have steadily improved to post some good performances and just like the perfect tournament team, they have grown into the event and got better as we have drawn closer to the final stages of the Champions Trophy. Of course, they will be looking for revenge against India for their opening game defeat, but this game is much more than that, this is a whole nation against it’s near rivals.

For me the pressure today is all on India, they are expected to win the Champions Trophy, and win it easily. However, when things are against Pakistan and their backs are against the wall, they perform well as they have shown during this tournament. They have grown into the tournament, getting better each game and they cannot be underestimated today by India, otherwise a shock could be on the cards.

Lets hope for a great game of cricket to end the 2017 Champions Trophy.