Delhi’s Ranji Trophy match up against Uttar Pradesh was halted as a 32-year-old man drove into the center of the cricket ground, and then tried to swerve his Suzuki Wagon R on the pitch twice. 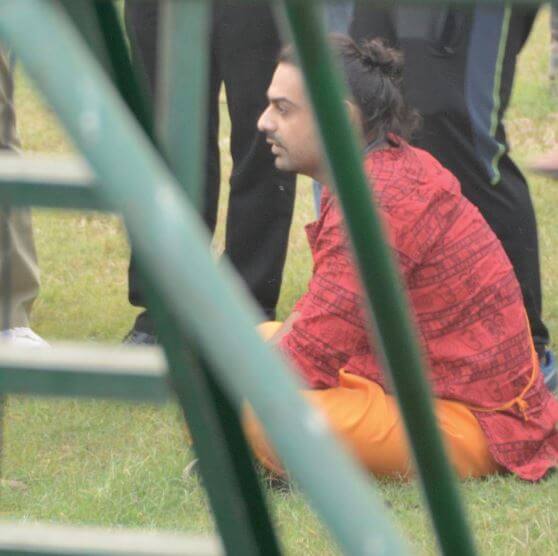 Local News agencies later revealed that Delhi Police had arrested the driver Girish Sharma after he dodged the security officials and landed in the middle of the 22-yard wicket as the likes of Indian International players Rishab Pant, Suresh Raina, Ishant Sharma and Gautam Gambhir watched in amazement. Man drives car onto cricket pitch in Ranji Trophy match

That must be a first – “Car stops play”. Ranji Trophy game between Delhi and UP held up by man driving to the pitch at the Air Force ground.

The accused was then quoted as: “I was on my way back after dropping my sister at the domestic airport. She was flying to Bengaluru. On my way, I saw that a cricket match was being played at the Palam Grounds. After realizing that no one was guarding the entry gate, I took my car on to the field and tried to meet the players.”

In cricket its Cover Drive.
This idiot,drove his car into #RanjiTrophy match at Palam. Pls help identify. Name & Shame pic.twitter.com/6m73sqB47q

Cricket admins were quick to slam the mishap and assured a complete investigation.

Delhi Manager Shankar Saini said: “Thank God nothing untoward happened. There was a possibility that it could have been more serious.”

It is believed that the security guard who was supposed to stop the vehicles at the entrance was diverted by the match when Girish went through the gates in his Wagon R. Girish is reported to have claimed he was simply lost, but a local Delhi cricket official told The Hindustan Times that he “looked a complete mess” and “did not look in perfect mental health”.