A handful of England greats have condemned their present team after yet another shameful Ashes day at the WACA which saw the fall of only one Australian wicket for 346 runs. Joe Root was out of options and looked totally clueless as Steve Smith, the immovable force, and Australia’s worst number 6 player Mitchell Marsh kept on pelting runs. The Australian Captain finally perished to James Anderson on the 4th day of the test after scoring a masterful 239 while Mitchell Marsh also recorded his maiden century. Marsh smashed the English bowlers to all parts of the WACA during the course of his 181 off just 236 deliveries.

England had earlier already hit a new low on their forgettable Ashes tour when they slumped to 403 all out after sitting comfortably at 368-4. But things just kept getting worse for the tourists with Smith and Marsh piling on the misery. Marsh outscored Smith in their game-changing stand, bullying England’s tired bowlers whenever they erred. 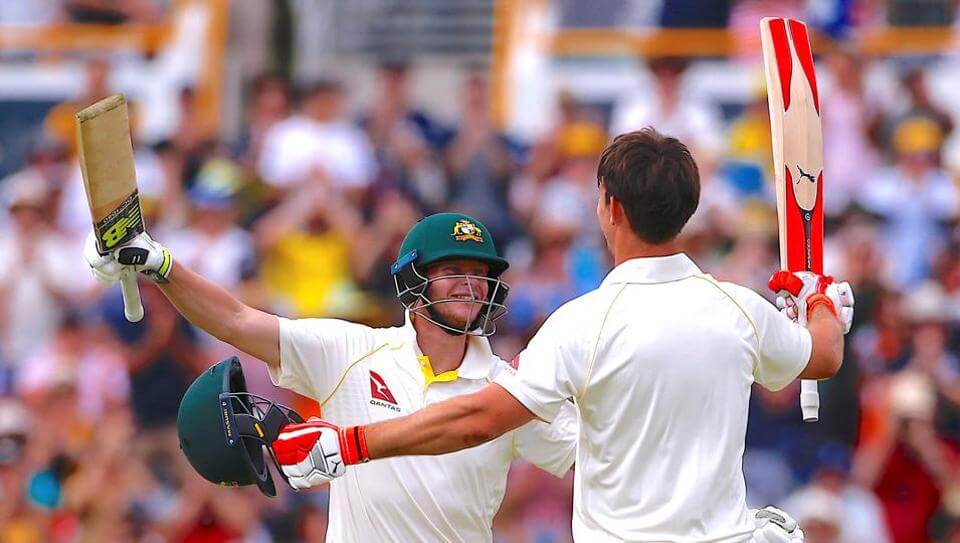 Former captains Michael Atherton and Michael Vaughan have responded with outrage, slamming the present pool of players who are looking like sitting ducks for another 5-0 whitewash in Australia.

“It would be tempting to say that belief drained from England gradually during a thoroughly dispiriting third day in Perth when their grip on the Ashes became ever more fragile,” Atherton said on Sunday.

“That would be wrong.”

“From the moment James Anderson bowled the first ball of the morning, with a solitary slip and three men patrolling the boundary, England, it appeared, were retreating meekly from the outset, allowing Steve Smith the stage.”

Atherton pointed out that the official halfway mark of the series was more like the beginning of the end for England.

“As they left the field, England’s bowlers tapped each other on the hands, in a half congratulatory way for getting through the day,” Atherton said.

“That’s about all they did. It was, technically, the halfway point of the Ashes, but it felt like the end.”

Vaughan stepped up his criticism in a fairly scathing attack on England’s bowlers.

“It is a disastrous day,” Vaughan told BT Sport. “I think today showed we have no swing, no seam, no pace and no spin.

“England will probably have to bat four and a half sessions to try and save the Test match and keep the Ashes alive. It is a pitch that looks pretty good, those cracks will widen, but I do think England will need a bit of help from the Gods above, I really do.”

Smith walked to the crease at 2-55 on Friday and then batted for almost 10 hours, boosting his credentials for being hailed as the nation’s best since Sier Don Bradman.

It was the Australian captain’s highest score in test cricket, surpassing the 215 he posted against the same opposition on the 2015 Ashes tour at Lord’s.