Along with Ravi Shastri at the helm, former fast bowler Zaheer Khan and “the Wall” Rahul Dravid will form the trio of the super coaching staff for the Indian Cricket Team. Zak has been named bowling consultant for the next 2 years, while Dravid will be India’s batting consultant for overseas Test series. 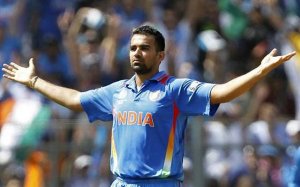 Zaheer, arguably India’s best fast bowler, has no formal experience of coaching but he has been part of the Delhi Daredevils management in recent IPL seasons. Last year when Kumble was appointed as head coach, Zak was offered the role of bowling consultant by the BCCI, but both parties could not come to an agreement.

Rahul Dravid recently gave up his position as the Daredevils mentor, 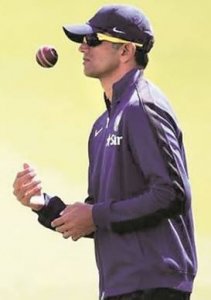 after accepting a two-year contract to coach the India A and Under-19 teams. Its no surprise that even after retirement, Rahul Dravid is still the person with the most workload as Batting consultant for the first team and full-time coach of the India A and under-19 team for the rest of the time.

Author’s take: After facing wide criticism from fans and media for Shastri’s come back and the whole Kohli-Kumble saga, BCCI has played a masterstroke by roping in Dravid and Zaheer for a calming influence on the whole scenario and the team as well!!

Batting, especially overseas, will be tested and will need help…can’t have a better man than Rahul Dravid for that role. Good move again

Zaheer Khan is bowling coach and Rahul Dravid will be batting coach on overseas tours. No Ravi Shastri in the comm box for 2 years.