South Africa continued their winning streak in the pink jersey as they snatched India’s chances of winning the series 4-0 in the rain hit 4th ODI at Johannesburg.

This is the sixth consecutive pink ODI win for South Africa since 2013. Let’s look at the highlights of the high voltage clash- 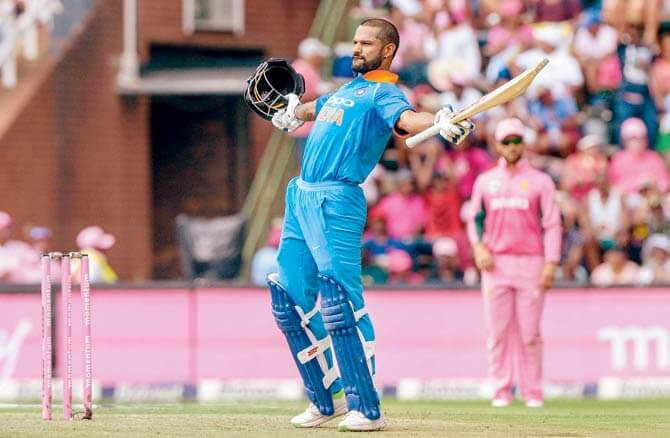 Indian opener Shikhar Dhawan made new records as the stylish left-hander became the first Indian to score a century in his 100th ODI. His 13th ODI century came off just 105 balls consisting of 10 fours and 2 sixes.

2. Kohli-Dhawan’s superb stand powered India to a target of 289

After losing Rohit early, Kohli and Dhawan hammered the South African bowlers with fours and sixes. The Indian captain continued his good form with a satisfying half century(75 off 83) becoming the 5th highest run scorer in ODIs for India. Kohli Dhawan dominated the bowlers and almost took the game away from them with their mind-blowing 158-run stand.

Rain affected the game and the target for SA eventually got reduced to 202 in 28 overs (D/L method). This worked in the favor of SA batsmen as they played freely with less pressure on their shoulders. India also did get some important breakthroughs which kept them live in the game.

Chahal’s no-ball which provided Miller’s breakthrough when he was just on 7 turned out to be the turning point of the game which shattered India’s dreams of sealing the series.
Miller capitalized on this error and went on to stitch a match-winning stand of 72 runs with Klaasen which cost India the game. Both the batsmen played sensibly and dominated the strong bowling attack of India, targetting the short boundary particularly well against the spinners.
India though lost the 4th ODI but they are still in a strong position as they lead the series 3-1 while South Africa need to prove their mettle in the last two remaining games in order to level the series.