The Sri Lankan cricket team has expressed strong reluctance to tour Pakistan for the 3rd T20I slated to be held on October 29 at the Gaddafi Stadium, Lahore.
As per some reports, 40 contracted players of Sri Lanka Cricket (SLC) passed on a letter to the board stating that they do not intend to go to Lahore for the last T20I against Pakistan.

The letter, signed by the full squad and contracted players in Sri Lanka, has asked the board to contemplate a change of venue. All-rounder Thisara Perera is speculated to have not signed the letter since he was part of the World XI team that squared off against Pakistan in a three-T20I series in Lahore last month.

“SLC will have a quick chat with the players very soon. We don’t intend to disturb them in middle of a series, but we are left with no option but to address the issue. The ICC also will meet the players on Saturday to brief them about the situation in Lahore,” said an SLC source. 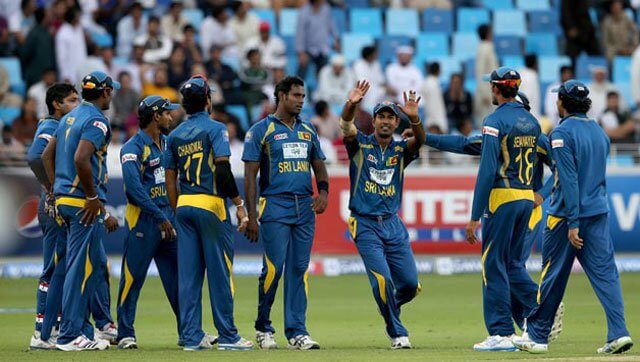 Previously following the conclusion of ICC board meeting in Auckland, New Zealand, SLC had informed PCB that it was all set to send the Sri Lankan Cricket team to Lahore for the 3rd on Oct 29, as scheduled.

The Gaddafi Stadium proficiently hosted the Independence Cup and PSL grand finale earlier this season, marking the return of international cricket to the troubled nation following the 2009 attack on Sri Lanka team by terrorists.

However, there exists a possibility that the Lahore game could take place if SLC chooses to send out a second string squad. “We are looking at all possibilities. Pakistan has been one our closest allies and we don’t want to let them down,” the source added.