Ladies and Gentlemen, Mr. 360, Abraham Benjamin de Villiers is back! The genius of modern day cricket smashed a career-best 176 off only 104 balls and lifted the Proteas to 353/6 in Paarl which resulted in a massive 104 run victory over the Bangla Tigers. De Villiers brought up his fifty off just 34 balls, and took him the same amount of time for the next fifty, bringing up his 25th ODI century. AB’s last 76 runs came off just 36 balls. 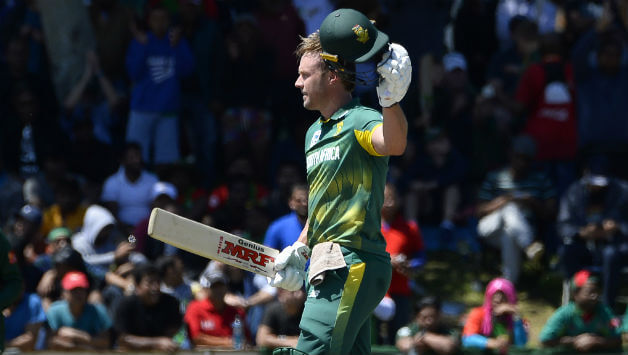 Once again, South Africa almost doubled their score in the last 20 overs thanks to de Villiers’ fireworks. They were 179-2 at the end of 30 overs and piled up another 164 runs in the later 20. Already ranked as World no.3 batsman in ODI cricket, ABD now stands at the joint 6th position in ODI list of century makers. He shares the 6th rank with Sri Lankan legend Kumar Sangakkara.

Let’s look at some of the Records de Villiers shattered during his career-best 176: