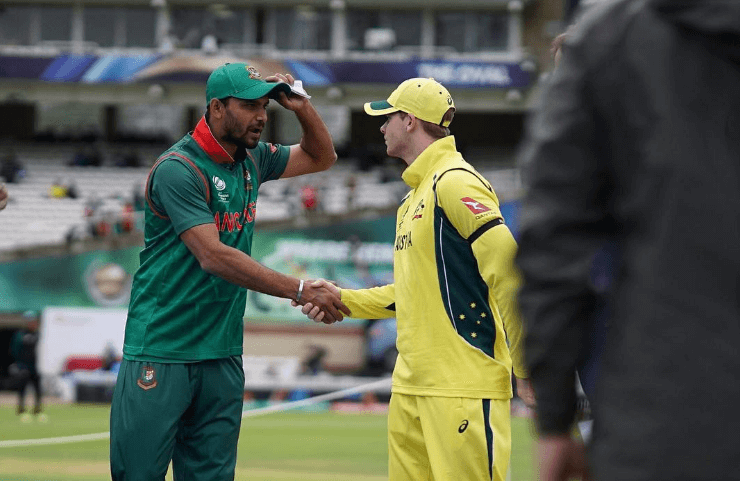 In the earlier game with New Zealand, Australia was saved by rains. In the outing with Bangladesh yesterday, they were winning when it started pouring in. Australia in Champions Trophy 2017, has two points from equal number of outings due to rains and this means they are in a do or die situation in their next and last group match with England. However, the situation may not really be all that bad since New Zealand and Bangladesh also had to share points with Australia. The points table doesn’t look all that bad.

Bangladesh Struggle to Bat Through 50 Overs in Champions Trophy

Bangladesh was cleaned out for a small total of 182 in 44.3 overs. Other than Tamim Iqbal who scored a sedate 95, Bangladesh batsmen struggled to make runs. The Australian bowlers were impressive but then they were not up to the mark in their game with New Zealand. With the score of 83/1 in 16 overs, Australia was certain to win this game but for the rains.

Bangladesh is likely to go out of the Champions Trophy from the group stage itself if you go by the points table, unless there is major upset. Somehow, Bangladesh batsmen have yet to find their rhythm and are struggling at the crease.

Positives and Negatives for Australia in Champions Trophy 2017

The match with New Zealand was almost lost by Australia due to a minor batting collapse. This puts a question mark on their batsmen playing under pressure. The match against England will test them all the more because it’s the last group match and their fate will be decided here. What if this match too is marred by rain? In that case, Australia will have 3 points from three games.

Group A is going to be an interesting group to watch in this Champions Trophy marred by rains. In comparison Group B seems to have managed better outings. India and South Africa have both won one match each in their single outing in the tournament.