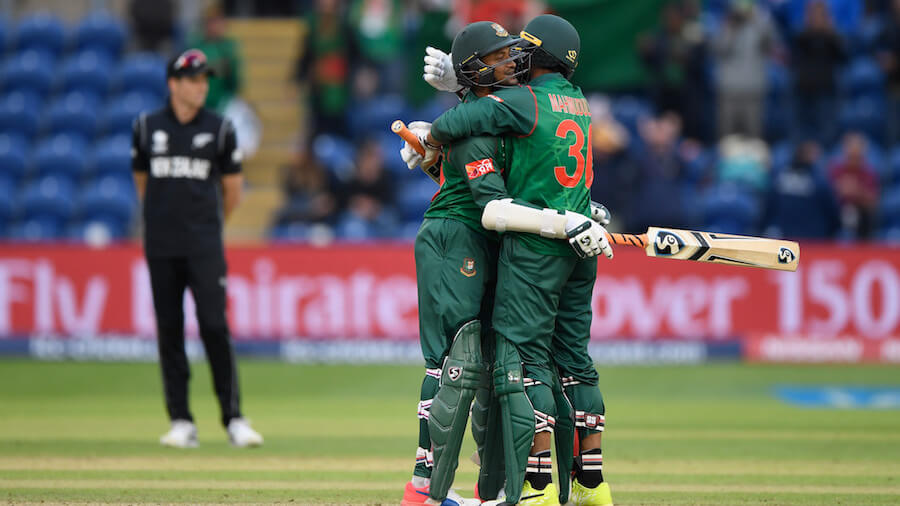 Bangladesh shocked New Zealand yesterday to send the Kiwi’s home from the Champions Trophy. They successfully chased down 266 to win the game and keep their own hopes of qualification alive. Should England beat Australia today then Bangladesh would qualify for the semi finals as the second placed team in Group A.

New Zealand made 265 in the first innings, a defendable total but one that was probably 30 runs short of where it needed to be. Kane Williamson and Ross Taylor both hit 50 but their back up never really got going, with everyone else failing to make much of an impact.

In the second innings, New Zealand started well and when they had Bangladesh at 12-3 there looked to be only one winner. However, up stepped Shakib Al Hasan and Mahmudullah to put on a record stand of 224 which took the game away from New Zealand, giving the Tigers a historic win. After an early scare, Bangladesh deserve a lot of credit for the way they dug deep and in the end they fully deserved their win.

After a monumental day for cricket, an England win today would really be the icing on the cake for the Tigers.