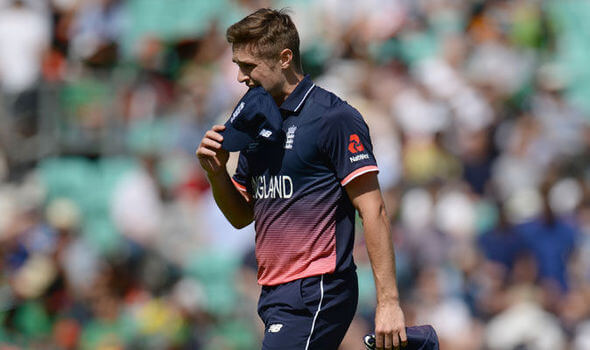 After picking up their first win in the tournament yesterday, England were dealt a blow today when it was announced that Chris Woakes would miss the rest of the tournament. The fast bowler only managed to bowl two overs in yesterday’s game before going off the field with a side strain.

The results have come back today from his tests and the news is not good for England.

He will be missed by England and on official ratings he is their best bowler, currently ranked at number seven in the world. He has played 63 one-day internationals for England, really coming to life over the past couple of years and alongisde his talent, his experience will also be missed. He has taken 89 one day wickets and scored 800 runs with the bat, something that will be very difficult to replace.

Talking of replacements, the names mentioned so far are Steve Finn and Toby Roland-Jones. For me Finn would be the better option at this stage as he is very experienced on the international stage and would be able to slot straight into the team. He doesn’t have the same batting skills but is very dangerous with the ball and can bowl at the death, something Woakes was fantastic at.

After the high of their win yesterday, England have been brought back down to earth with this news.