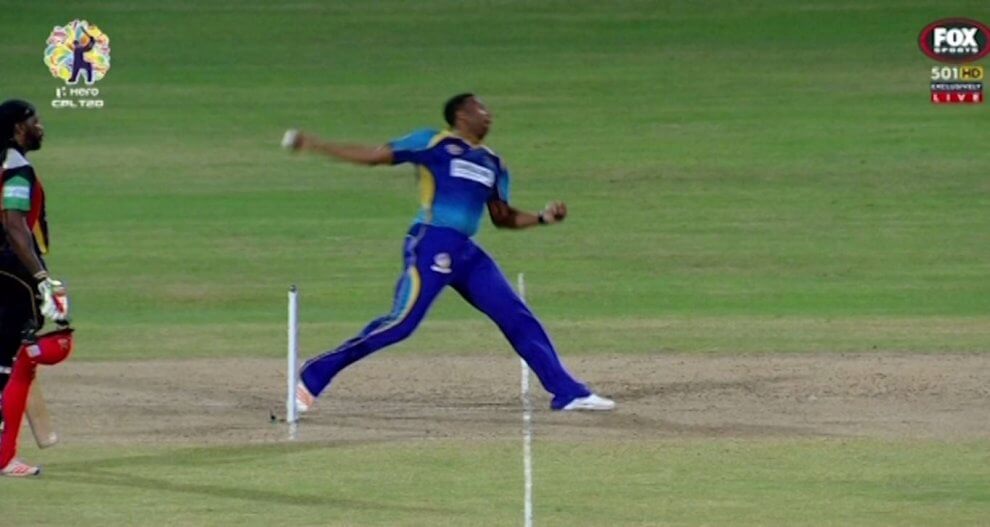 The Caribbean Premier League announced that the board will analyze the dubious “Kieron Pollard no ball incident”. The West Indian all rounder was grilled by fans all over the world on Monday after bowling an intentional no ball to deprive opponent Evin Lewis of a well-deserved century.

In a statement released on Wednesday, the CPL revealed that they look into the incident in the interests of  “fair play and good sportsmanship”. “The Hero CPL are very concerned by any suggestion that the action of any player can be considered to have brought the game or the league into disrepute,” the statement read. “Cricket owes so much of its unique appeal to the spirit in which the game is played and as a cricket tournament the Hero CPL understand the importance of fair play and good sportsmanship.” St Kitts and Nevis opener Evin Lewis had already smacked 97 from just 32 balls and was on strike with the scores level when “captain” Pollard brought himself on after 7 overs.

Unfortunately, the batsman was denied his chance to record the 2nd fastest T20 hundred ever, as Pollard overstepped the front line by some margin and produced a stray, short-pitched delivery which was declared as a no ball, giving St Kitts the win. Pollard’s disgraceful act was extensively slammed on social networking websites, at the same time commentator and former New Zealand player Danny Morrison said he was “disappointed” by the anti-climactic finish to the match.” (Lewis’ innings) deserved a hundred and I’ve got to say, as positive and excited as I am, it’s a pretty disappointing way for Pollard to finish the game,” Morrison said.