Two things we love the most, Cricket and Game of Thrones! After the great response to the first post of the series (MS Dhoni), we are back again with the second part featuring none other than the “God” of Cricket… Sachin Tendulkar!

Now we are not going by the physical appearance on this one because obviously, Sachin was one of the most compact cricketers around physically, whereas Robert Baratheon was a heavy-duty, muscled warrior, described as “a maiden’s dream”. Let us go deep into the characters of both these gentlemen and leave for you to decide.

At his peak, Robert Baratheon was considered as the best warrior in seven kingdoms, who was untouchable and yielded a war hammer which crushed the chest of Rhaegar Targaryen at the battle of Trident. Such was the aura of Sachin Tendulkar in the 90s when he became the premier batsman of the Indian Cricket Team and soon took over the rankings as number one batsman. There was no one who could replace him as the world’s best. At his peak, no bowler was good enough to have his number. Ask Shane Warne or even the Australian team about “the desert storm” that struck them at Sharjah during the 1998 Coca-Cola Cup. The tournament is best known for Sachin Tendulkar’s back to back centuries against Australia (popularly known as ‘Desert Storm’) – the first helped India qualify for the final based on a better net run rate, and the second, in the finals which was played on Tendulkar’s 25th birthday, helped India beat Australia to win the tournament. In a lighter vein, Australian bowler Shane Warne claimed that he had “nightmares” at the thought of bowling to Tendulkar after being dominated by him in the tournament.

Tendulkar is credited for single-handedly winning the tournament for India. The last league match, where India played Australia needing to finish with a win or a better net run rate than New Zealand to qualify for the finals, was interrupted by a sandstorm. Tendulkar’s hundred following the storm in that match, which ensured that India qualified for the finals, came to be known as the “sandstorm innings” or “Desert Storm”. 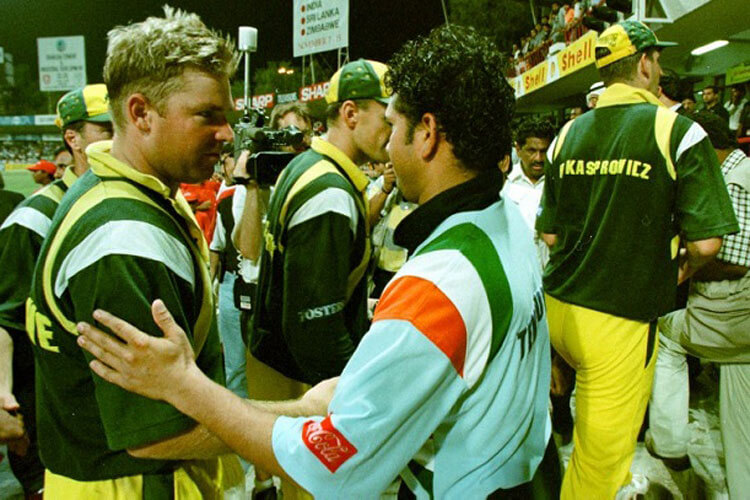 It was one of the defining moments of Sachin Tendulkar’s legacy. The world had never seen anyone dominate the great Australian team of the late 90s like the way he did. In a similar way, nobody in the seven kingdoms had ever imagined a massive rebellion from Robert Baratheon who smashed his hammer into Rhaegar Targaryen’s chest, thus effectively sealing the Iron Throne for himself.

Robert Baratheon was the best fighter in Westeros at the time of his rebellion but wasn’t as great a leader. Sachin Tendulkar was also given the captaincy of India at one point of time, but after some time he gave it up as he wasn’t able to improve the team’s performance. In a way, both of them were best at what they did, but lacked certain leadership qualities.

Much like Robert, Sachin Tendulkar also had a true friend and companion, the man who always played second fiddle to him in all the wars, his own version of the honorable Ned Stark, yes we are talking about Sir Rahul of house Dravid! Sachin had the support of Rahul Dravid for a long part of his career and the duo holds many partnership records in cricket. Not surprising right?.. especially considering the fact that the two were the main pillars of Indian Batting lineup in tests for a long long time. 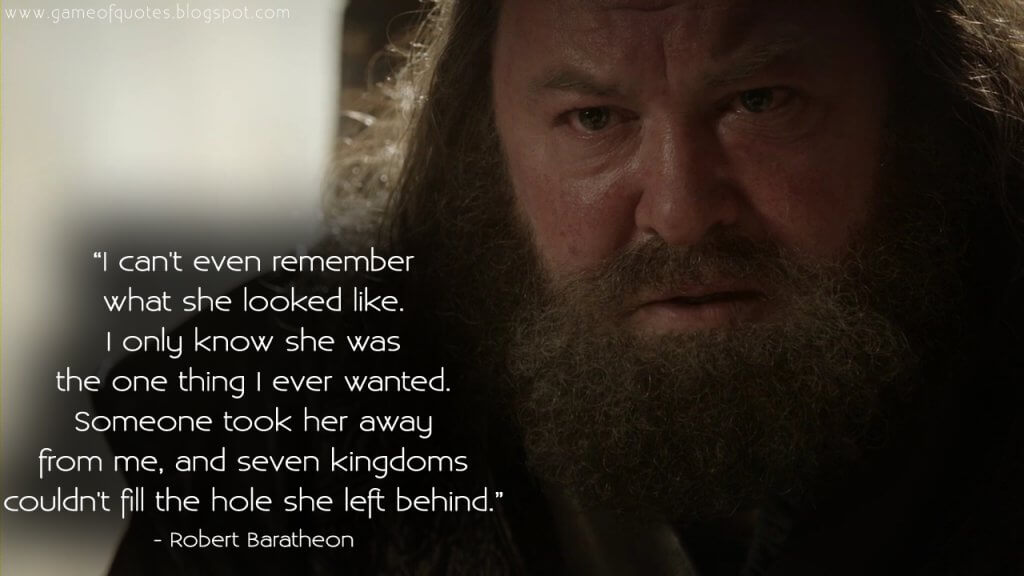 Remember Mark Addy’s incredible dialogue delivery during the scene where he describes Cercie how he felt about Lynna Stark? And how about the grudge Sachin held with Dravid over the infamous Multan declaration of 2004? He even admitted it in front of media at the time of his book’s release. Well, THIS is what he wanted to say…

You want to know the horrible truth? I remember how it was like being on 194. I only know those 6 runs was the one thing I wanted… he took them away from me, and 37 thousand international runs, 100 centuries couldn’t fill the hole they left behind.

So that sums up our comparison of Sachin Tendulkar and Robert Baratheon, do let us know in the comments section if we missed any points or if you found this one totally absurd! And in case you missed the first post of the series, you can read it here If Cricketers were Game of Thrones Characters: MS Dhoni.