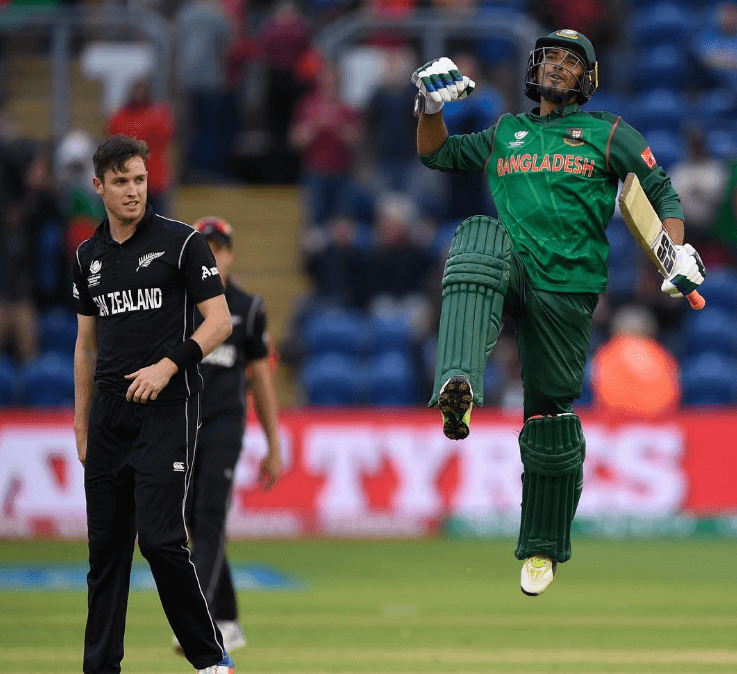 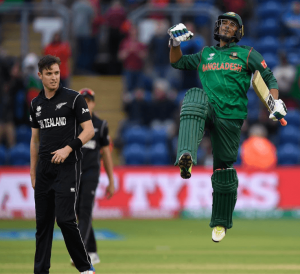 It seems that the rains have made an appearance even in the results of Champions Trophy 2017. Pakistan rose from the ashes and defeated South Africa upsetting the applecart in the Group B of this version of Champions Trophy 2017.  After that, the very next day, Sri Lanka showed the way to Indians who thought they had all the boxes ticked. Finally the rookie team, Bangladesh team proved why it was the dark horse when they packed New Zealand off the tournament.

The Next Three Matches in Champions Trophy 2017 Hold the Key

As a result, the Champions Trophy 2017 is delicately poised at this stage. Australia has to win against New Zealand to keep its place in the semifinals. Whoever wins in the India vs South Africa match will enter the semis. If the match is washed out, India will make the cut due to better Net Run Rate (NRR). Similarly the winner of the clash between Pakistan and Sri Lanka will be the semifinalist.

The assumption that the ball will seam and swing has been proved to be wrong. One would have expected that the overcast conditions would assist lateral movement but we have yet to see this in Champions Trophy 2017. Even the assumption that it’s easy to score over 300 has been wrong. Overall it looks as if you just can’t predict anything in this tournament.

The rivalry between the two can only be matched by that between India and Pakistan. On their part, England would like to throw Australia out of the tournament. As such, England has already reserved its place in the semifinals of Champions Trophy 2017.

The next two days will be equally interesting. The Group B matches will decide which two teams will enter the semifinals of Champions Trophy 2017. Overall, this tournament is becoming as unpredictable as the English weather.