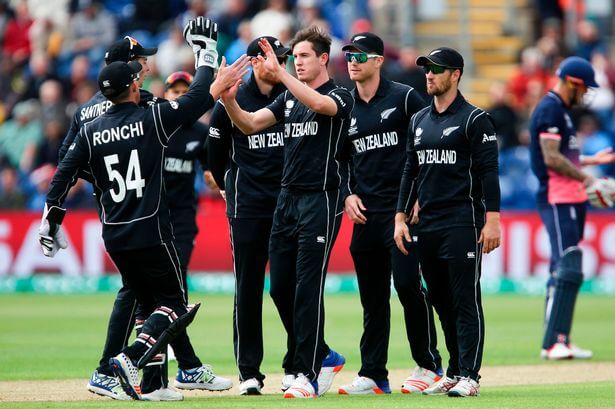 After a rain disrupted Group A so far, New Zealand can stake their claim for a semi final spot with a win over Bangladesh today. A win would put them on three points, one ahead of Australia who face England tomorrow in a game that would decide the group. If Australia won that game they would qualify, while a win for England coupled with a win for New Zealand today would send New Zealand through.

In their game against England, it has to be said that New Zealand were a little disappointing, but their performance against Australia will give them hope going into today’s game. In that game they batted OK, but bowled very well and had Australia on the ropes. If they can bat a little better, and keep up their bowling then I would strongly fancy them to have enough in the tank to beat Bangladesh today.

While New Zealand have some top quality batsmen in the team, it is their bowling that I believe will win them the game today. The have a very strong seam attack and if the ball moves around for their bowlers I expect them to be able to knock Bangladesh over in this game. Trent Boult and Tim Southee are both capable of excelling in English conditions and that is exactly what I expect them to do today.

In their final game of the group stages, this is simple for New Zealand, they have to win. A win will not guarantee them anything, they would then need to rely on England winning, but at least they would remain in the hunt. The Kiwis need a win, and I expect them to get one.