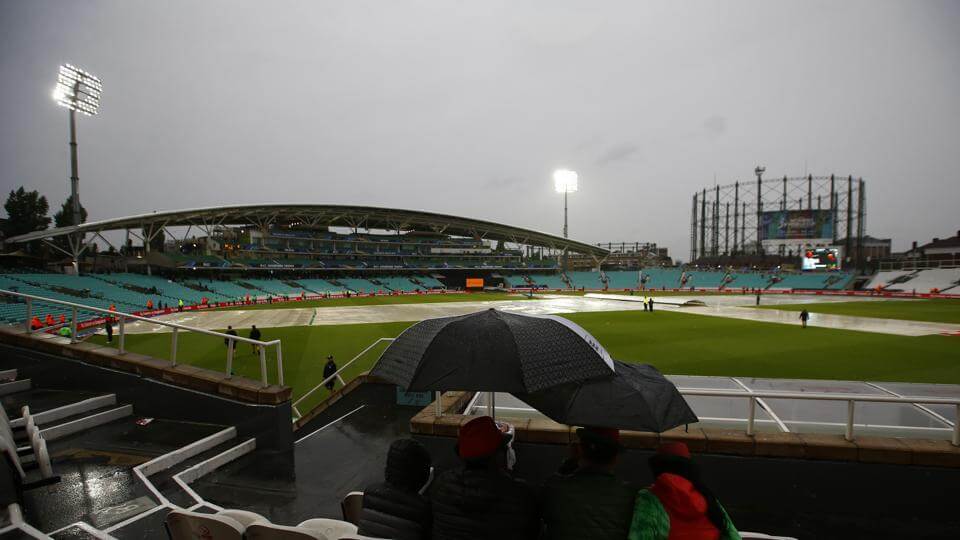 The Champions Trophy has the potential to be a great tournament but over the past few days the good old English weather has prevented the tournament from really taking off. Of the five games we have seen so far, two have been abandoned due to rain and one has been settled by the Duckworth Lewis method, leaving just two games to be completed in full.

Both abandoned games so far have involved Australia and their progression in the tournament is now in serious doubt because of that. It would be a shame to see that happen to them, especially after they were in full control of the game yesterday against Bangladesh.

With rain forecast to hit all three venues over the next few days we may not yet have seen the last of the interruptions in this tournament. We will probably see some rain during today’s game between England and New Zealand which takes place in Cardiff. If that does affect the game then three out of the four games from Group A so far would have been affected. With such a short format in place, this could turn out to be very unfair on certain teams and could make them miss the semi-final stage without doing anything wrong.

Let’s hope for no more rain in England so this tournament can really take off and deliver the fireworks and excitement that we are all waiting for. This tournament has the potential to thrill, we just need to weather to allow the players chance to shine for us.