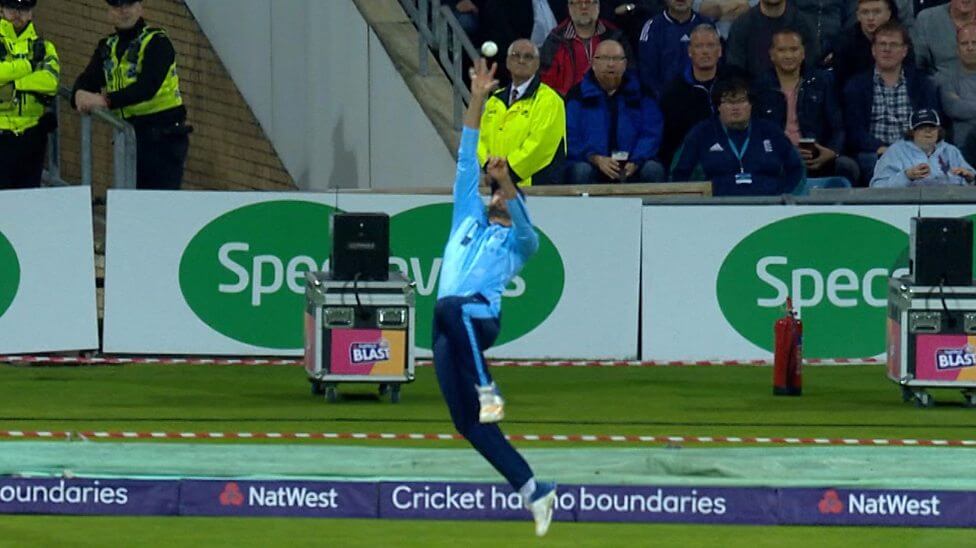 Jack Leaning produced a stunning one-handed boundary catch to dismiss Arron Lilley during a Natwest T20 Blast encounter between Yorkshire and Lancashire. It was sort of a catch Jonty Rhodes could have trouble pulling off at the peak of his game.

A brutal hit from Arron Lilley off a full-toss from England seamer Liam Plunkett looked like sailing over the covers boundary where Jack Leaning was positioned. Initially, he had trouble judging the ball and ran in forward, but as soon as he realized he had made a mistake, Leaning literally “leaned” back mid-air and threw his right hand in the path of the lightning fast white ball.

This catch brought back memories of the one Daniel Vettori took at the boundary during the ICC Cricket World Cup 2015, which was, of course, less athletic than Jack Leaning’s.

It was a sight to behold as this might be the greatest catch of all-time. What are your views on this? Let us know in the comments box below!